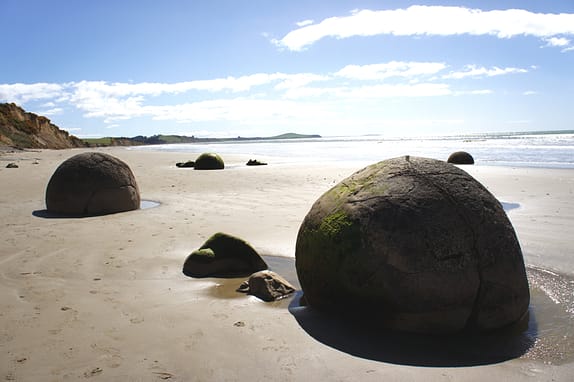 The quick break down

These last two were on my to-do list but poor weather prevented me, the surrounding area was absolutely gorgeous and I will make sure I have enough time to do them next time I get to NZ.


If I were to do it all again

The rest of this post is dense (photos and video of this trip can be found here); I wrote it for my analytical homies and for anyone who is interested in the nuts and bolts of planning a similar trip.

You will find information on the route I took, where I camped (used the Department of Conservation to find free campgrounds), my expenses, and some ideas on things to do, how long to take, and funds to budget. 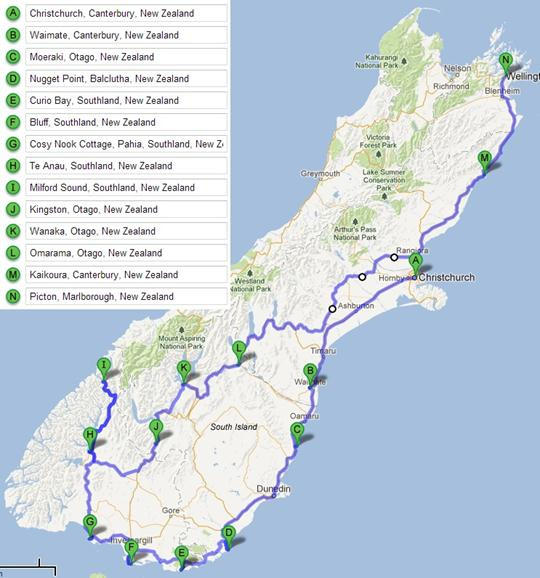 Day 1 – Flew from Sydney into Auckland (slept in airport)

Day 2 – Flew from Auckland to Christchurch, where I picked up my camper van and then headed south to Waimate and Glenavy (camped on the side of the road)

Day 7 – Picton, Wellington, Shannon, Palmerston North, Turangi (This is where I crashed—full story in the Entertainment section below— I camped in a parking lot with the blessing of the officer on night duty who also helped me call the tow truck, however, I was looking for the Kaimanawa Road campsite)

Day 9 – Wai-O-Tapu, Rotorua, Kerosine creek, Matamata (Camped in the Firth Tower parking lot – An employee at another campground told me they allow overnight camping but don’t advertise it)

Day 10 – Matamata, Otorohanga, Waitomo, Te Anga (Camped on side of the road by Marokopa falls)

Gas – Fuel, petrol, whatever you want to call it

Accommodation was a very small expense because I slept in my van for 11 of the 15 days. The first night I slept in the Airport; the third night I paid for a homestay with a kitchen so I could cook a majority of my food, shower and wash clothes; the seventh night I camped in a camp ground because they gave you free access to their hot springs with the campground purchase; and the last day I traveled to Melbourne and slept there for the night.

The second night when I stayed at the homestay with a full kitchen allowed me to cook a majority of my food easily and efficiently, which I then stored in Ziploc bags and ate when I was hungry.

The goal was to not eat out, however, the occasional sweet tooth and laziness hit and the goal didn’t get completely met.


Cheap and tasty are obvious, but I will explain ease of cooking/cleaning/eating. The cooking facilities in the van were very minimal. I had one stove, one small pan, one small pot and a small pump sink connected to a 3 gallon refillable jug (plus utensils, plates and cups for three people).

Therefore, I wanted meals requiring only one pot or one pan to cook, without a lot of food preparation. I wanted no-plate-required food, like burritos. I wanted meals with clean up, 80/20 ground beef is high in fat and when you try and wash a dirty pan with cold water, the fat solidifies, gunks up your brush and is hard to clean (protip: newspaper absorbs fats and oils and are helpful in this situation). To make it easier on myself I stayed at a homestay with a large kitchen on day 3 where I cooked a lot of rice and potatoes so I could just reheat them later when needed.

After the dust settled I wouldn’t say I did the best job picking out a menu; there was food left over at the end and there wasn’t enough variety, which resulted in spending money in restaurants for a few meals.

Entertainment – Alcohol, tours, admission fees, and everything else

There were only a few things I paid for, entertainment wise: the Waitomo cave tours, zorbing, and the Wai-O-Tapu Geothermal wonderland. The rest of my time was spent seeing landscapes for free.

The only thing I would have paid for would have been Milford Sound. Unfortunately, I had booked a cheap early morning ticket using bookme for $45 NZD, however, it started to snow the night before and as I made my way to the sound in the morning I was stopped by a fallen tree in the road, once the road was cleared I still had time to make my tour, unfortunately the road had been closed due to the snow and I decided to head back and continue my journey without seeing the sound.

Sadly, this would not be the last time pour weather spoiled my plans. I was unable to hike Mount Turangi due to snow and poor visibility and as I made my way to Taupo I was looking for a free campground to camp for the night, it had started to rain and was low visibility. When I saw the road I needed to turn on I was already passing it, so when I pulled over to make a U-turn, the van lost traction in the wet grass and I slid out of control towards a ditch. Luckily, I stopped before any damage could be done to me or the vehicle, however, the van was stuck.

I had no phone, it was getting dark and raining; things were looking pretty grim. Now, this is where I want to give a shout out to the kindness of the New Zealanders—I encountered it throughout my entire journey, but this was best example—within 5 minutes of my accident, there was at least 10 people (including an 18-wheeler) who pulled over to make sure I was ok and offer assistance.

They offered me their cell phones, their car to sit in and their company as I waited for the cops and tow truck to come and tow the van out. Officer Brendon then insisted I drive into town (once the tow truck driver determined the van was safe to drive) and park in a parking lot for the night, there was a sign declaring no camping, but since he was the only officer on duty, he assured me I wouldn’t get a ticket.

The towing ended up costing me $258.75 NZD, which I planned on using for gas to see New Zealand north of Auckland, but instead got to hang out with Auckland for 2 days more than I wanted…bummer. But, you never know when disaster may strike and I’m just happy the van I were both ok.

I know, I know, it has been forever (over a month) since my last post, so is the cost of trying to travel and write at the same time. Since my last post I’ve been from Bali, back to Singapore, Thailand and now I’m in Hong Kong for a week before heading to South Africa.

My favorite pictures from Bali will be up soon and I’ve been having requests to share more personal stories about my adventures, so I’ll try to get some posts up featuring highlights from the trip so far.