My May Trip Highlights – Month 9

This is the ninth post in a 12-part series detailing my monthly highlights from a year long trip around the world. To start at the beginning: click here

Here we are at month 9 of the journey!

I covered a ton of ground during this month and went from Hungary to Prague and back, up to Berlin, Denmark and then all the way past the Arctic Circle to Lofoten in Northern Norway. From there I went back south down to Bergen, Norway before heading to Oslo where I flew to Barcelona, Spain.

Month 9 is FILLED with street art and beautiful landscapes! Some of the highlights from this month include:

After getting my stuff stolen, the hostel let me stay for free as long as they weren’t fully booked. One of the nights they got booked up last minute, which means I had to scramble to find accommodation for the night.

One of the employees, Csenge, said I could stay with her at her parents’ house for the evening. I gladly accepted.

It resulted in quite the Hungarian evening.

I got to try their homemade Palinka, which is a Hungarian liquor made from pears. For dinner we ate Turos Csvsza, which is a pasta bake with Hungarian cottage cheese, bacon and sour cream.

As I waited for my phone to arrive in Hungary, I decided to take a short trip up to Prague to take my mind off things and meet up with Scott (they guy who helped me stake out the train station for the crook).

We explored the city and admired the amazing medieval architecture that avoided large scale destruction during World War II.

Before splitting a bottle of Absinthe together, Scott had a hankering for some milk. Since neither of us speak Czech, we made our best guess and Scott promptly opened it and took a big ol’ swig.

Turns out it was buttermilk. Oops.

Getting My New Phone

I didn’t expect this to be so time consuming or I would have figured out another option, but you live and you learn.

The Hungarian Postal Service is not on the same level as the USPS. They close early on Friday, are closed during the weekends, and their customs are slow.

It ended up taking 11 days.

It would have taken longer, but I decided to take a cab to the delivery warehouse to pick it up myself instead of waiting for their painfully slow delivery trucks.

It wasn’t an ideal scenario, but in the end it all worked out, as it usually does. Thanks again to my lovely mother who helped out tremendously with the process.

After the whole Hungarian fiasco I finally made my way up to Berlin to meet an old friend of mine from my early days in Cal Poly’s orientation program, Maeve.

I was also able to buy a new camera, so no longer will these highlight posts be centered around my story telling!

One of my favorite activities had to be street art hunting. You pick up a few beers from the market and stroll through the different alleyways and pretty much always come across gold. When you get hungry/tired there’s always a biergarten or bratwurst stand nearby to recharge at. 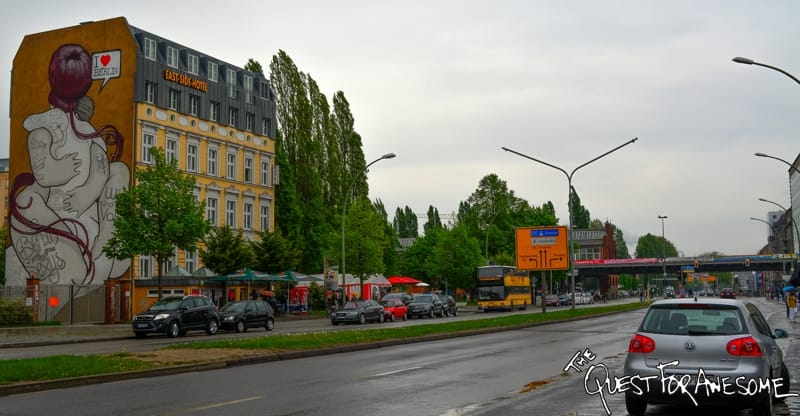 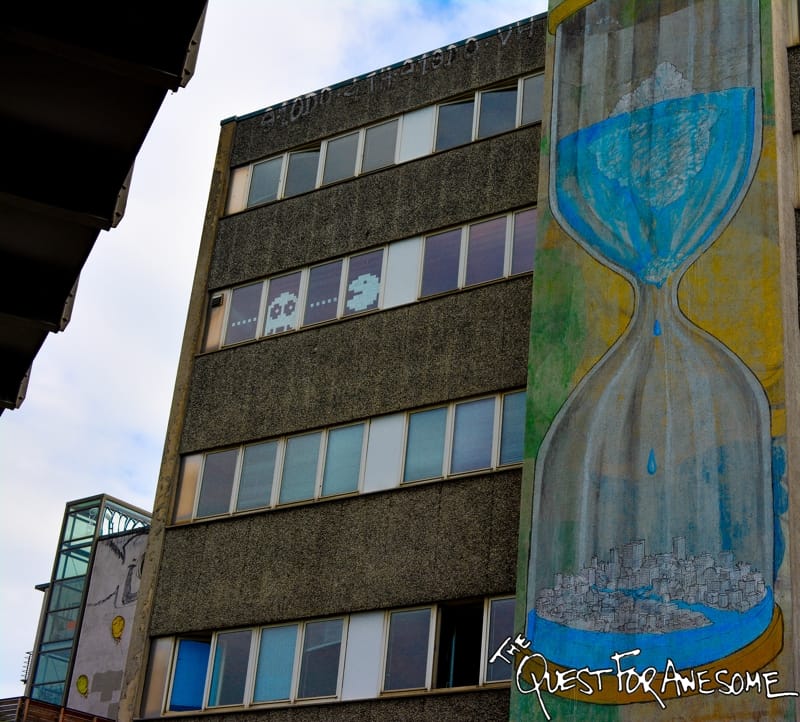 Of course we went to the Berlin Wall as well. We happened to make this trip on Männertag (“Man’s Day”) so you’ll notice some costumes in the pictures.

On the way to the wall we ran into a group of guys who had brought their own table, with a table cloth and vase full of flowers to set up in the train. They had a cooler of beers and by the looks of it, they were going to be there all day, just riding the train in circles. Professional.

Two of Maeve’s other friends, Linda and Rachel also happened to be in town at the same time I was, so the four of us dominated more Biergartens, bars and brats, and explored the different markets.

It was during this time I learned my new favorite phrase: Willst du meine Schmetterlings-Flugel-Sammlung Sehen?

Which translates to: Do you want to see my butterfly-wing collection? Sup Fräuleins.

From Berlin I made my way up to Denmark by train (kinda) for a stop in Copenhagen.

The reason I say “kinda” is because to get there our train took a boat.

I didn’t even know this was possible, but our train drove into a ferry (which had tracks in it), we then got out of the train and hung out on the ferry while it did it’s boat thing from Germany to Denmark. Then, when we got back to land, I went back down onto the train where the train drove off so we could continue doing the train thing on to Copenhagen.

I was only in Copenhagen for a few nights but I was able to meet up with Metta for a few beers. I met Metta while traveling through South Africa where we made tentative plans to meet up during my Eurotrip. Tentative plans accomplished.

A Lesson in Norway’s Cost of Living on National Day

I arrived into Bodø on May 17th, which is Norway’s National day.

I KNEW Norway was expensive, but I still hadn’t written down or gotten the hang of the conversion rate for USD.

I wanted something cheap before watching the parade and the only restaurant I found open was a Burger King. I bought a cheese burger, ice cream and french fries and handed over my Norwegian Krone.

When I got back to the hostel after the parade I was curious just how much it cost in USD.

It came out to just over $20USD. Ouch Norway.

Ferry Ride to Lofoten from Bodø

My friend Emily was an au pair for a Norwegian family and a few months prior she told me I should do my best to make it to Norway in May because her sister was coming out to visit her and they were planning a trip up north to Lofoton. She told me to Google it if I needed convincing. That did it.

I checked my Eurorail pass to see if it was possible to make it up that far by train. It was.

Planning went into action and here I was, meeting up with Emily, Sarah and Doninique in Bodø to catch a ferry over to Lofoton where we’d rent a car, stay in a cabin and get drunk on beautiful landscapes.

I’ll let the photos do the talking for this highlight.

You’ll see many fjords, lots of tørrfisk, some street art on abandoned buildings in the middle of nowhere (done by Pøbel) and even some row-boating.

After Lofoten, the plan was to head down to Bergen by train to meet back up with the crew (who flew back to Bergen from Bodø). Unfortunately, as my train was heading south they made an announcement it would be impossible to get past Trondheim as the tracks were closed due to flooding.

You can’t plan the weather.

I found a hotel with free wi-fi, purchased a last minute flight to Bergen from Trondheim and documented everything to get a refund.

Then I realized the bottle of whiskey I had been saving to celebrate with everyone would not be making it since I had to fly now.

When life gives you flooded train tracks, a bottle of whiskey and a red-eye flight, you make a drunken party.

I did indeed make it to Bergen sober (after sleeping it off in the airport) and received a full refund for my flight from the Norwegian train company with all the proof I was able to provide.

Bergen itself was also beautiful and full of eclectic food items I was able to try:

From Bergen I took the train over to Oslo where I caught a flight down to Barcelona.

In Barcelona I stayed in one of my favorite hostels of the entire trip: Fabrizzios Terrace Barcelona.

They provided free breakfast ALL DAY, free laundry, free towels, and computers to use.

They had a beautiful back patio where they’d have group dinners for everyone. The first night we had an amazing dinner of homemade tapas and sangria.

I meet up with Scott again (the guy from Hungary/Prague) for beers, beaches and graffiti while catching up over travel stories from the weeks we had been apart.

I also met Jeny, a very seasoned traveler with a blog and beautiful photos (one of my favorites). We explored the Barcelona markets and enjoyed some traditional paella.