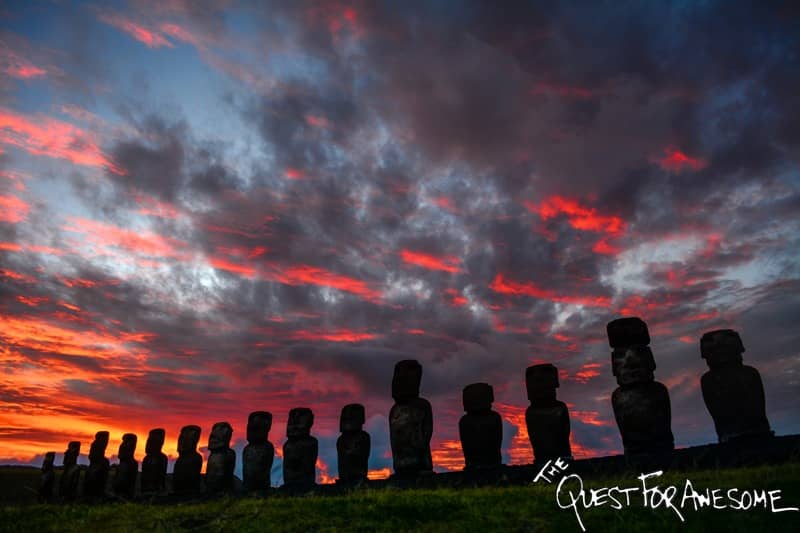 This is the eleventh post in a 12-part series detailing my monthly highlights from a year long trip around the world. To start at the beginning: click here

Month 11 of my trip brings the end of Argentina and the exploration of Chile before the final month of my trip in Peru. Some highlights from month 11 include:

To end my stay in Argentina I met up with Mariale (a good friend of my Couchsurfing host) and she took me to a Basic Tango Lesson in a milonga.

The lesson was awesome, although a bit awkward since I was pretty bad and even though I was in a beginner lesson, everyone was much more advanced.

My favorite part of the evening was the intermediate/advanced lesson following the beginners lesson.

The energy of the teachers as they taught and demonstrated the different moves oozed of sexuality and confidence and I was enthralled with the quick footwork, longing glances and exaggerated movements.

In the hallway of the milonga I found this piece of artwork which, I think, embodies the vibe the tango gives off. 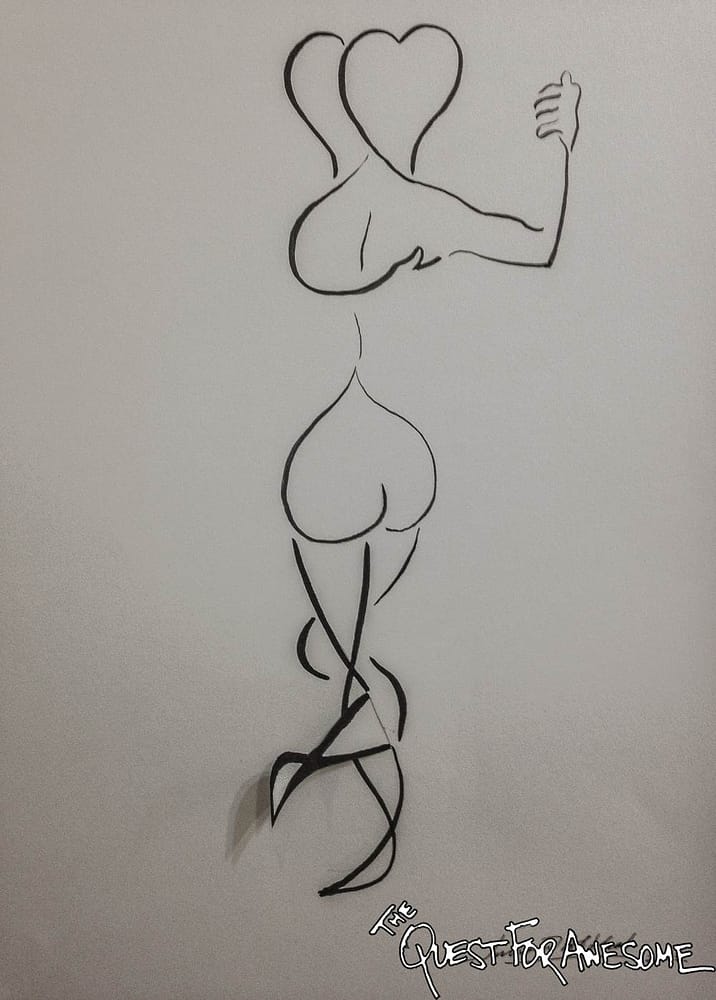 Do You Want To See My Butterfly Wing Collection?

As I mentioned in a previous highlights post, while I was in Germany I met a gal at a bar and she taught me how to say “do you want to see my butterfly wing collection?”

The phrase was hilarious to me and while I was in Santiago, Chile I met a gal from Finland and asked her to teach me the Finnish version.

The brilliant thing about Finnish–it’s very phonetic, meaning it’s quite easy to read because it sounds just like you’d think when you’re trying to read it.

She thought for a moment and said, “well, it’s only three words…”

After Santiago I decided I was going to make it down to Puerto Tranquillo to see Las Capillas De Marmol (The Marble Cathedrals) as well as stopping in Aysen to meet Gringo Bob.

Puerto Montt is a the furthest south you can get by bus, so, it’s where I headed.

After arriving and asking around, I found out about Puerto Montt’s amazing fish market.

I asked the recommendation of the colectivo (taxi) driver who dropped me off and he told me I had to get the Curanto from Don Nelson’s place.

The market doesn’t have many directional signs and it’s filled with shops, restaurants and fresh seafood stalls, so actually locating Don Nelson’s took a bit of effort.

However, I found it (I will always be successful on the hunt for a good meal) and ordered their curanto as my prize. I didn’t even know what it was…

This is what came out: 10-15 mariscos (clams and mussels), a chicken drumstick, 2 sausages, pork, 2 fish cakes, salsa, bread and broth.

From Puerto Montt I took a plane down to Balmaceda where I took a transfer into Aysen to meet up with Gringo Bob and Andrea.

Gringo Bob is an expat who has been living down in Chile for the past 15 years.

I met him over Skype through my buddy Steve who met him while he was teaching English down in Chile for a year.

And just like that, not only did I have a place to stay while I was in Aysen, but it was with Gringo Bob, who is in a word: legitimate.

My first night there Bob, Andrea (Bob’s girlfriend), Carlos (Bob’s buddy) and I dominated a huge filet of the BEST smoked salmon I’ve ever had in my life (on Bob’s recommendation I bought it at the Seafood Market in Puerto Montt) and we washed it down with wine, pisco (a type of brandy made in Chile and Peru) and vodka while drunkenly telling travel stories and sharing pictures from our adventures.

I knew right then I was in for an amazing stay.

Bob is an accomplished fisherman and him and Andrea have taken their Ubhi (pronounced you-bee-hi) all throughout Chile, fishing and eating salmon along the way.

I wish I had had time to go with them for a crazy adventure down to Tierra Del Fuego or something, but Bob still made sure we got to go fishing in some of the pristine, rarely touched areas around Aysen.

We took a trip out to Catalan Beach to visit Oswaldo, who is about as off the grid/living off the land as you can get.

Before the road was made (by dam companies) in 2008, the only way to this beach he lives on was by row boat, which could easily take half a day.

Oswaldo has been living in his makeshift hut for 40 years!

There is fresh water in abundance, he is an amazing fisherman and so he lives off the land, selling and trading salmon for anything he needs.

He has no internet or phone, and I’d wager he probably has no idea who the Chilean president is and he couldn’t care less.

On our trip out to Rio Blanco I was able to experience my first completely naturally powered vehicle transport.

The platform is large enough to hold two cars at a time and is attached up top by guide wires.

Then, by using the current of the river, the platform transfers from one side of the river to the other.

We were able to also visit Laguna Las Palas and Lago Riesco, which were incredibly tranquil and calming.

I was already feeling pretty isolated, but since the vehicle transport can only take 2 vehicles across for a limited time during the day, it keeps the area extra remote.

We also took a trip out to Coyhaique, stopping to see La cascada de Virgin and the panorama overlooking Coyhaique.

One of my favorite memories was a BBQ Bob threw at his Campo.

The plan was to have a BBQ and relax outside since the Campo was being worked on, but it started raining so we ended up clearing out the wood storage shelter and moving the party in there.

There’s nothing quite like being warm when it’s cold outside in good company with a full belly, and slightly buzzed, while listening to the rain on a metal roof.

Thank you again for the amazing hospitality Bob and Andrea!

The morning after the BBQ I took a few buses from Aysen down to Puerto Tranquilo.

It was an absolutely gorgeous drive on unpaved roads through snow covered mountains.

I stayed with Manuel (a good friend of Bob and Andrea) in his peaceful house right on Lago General Carrera (the 2nd largest lake in South America, after Titticaca).

The reason I made the journey down to this small town was for Las Capillas De Marmol.

It was a breathtakingly beautiful and cold 30-minute boat ride out to the caves, but totally worth it!

This has to be one of the top highlights of the entire year, so I’ll let the pictures do the talking for this hidden gem of the world…

While I was in Argentina I met Ignacio and Pedro, two Chileans, in a hostel.

When I got back to Santiago from my trip down south we all met up and they showed me around their city.

First up was having some Terremottos (earthquakes) at La Piojera (translates to flea nest).

A terremotto is an extremely strong drink; it has sherbet in it and if you drink two you will have trouble walking–like you would if there was an earthquake going on.

After the terremotos we made our way to have my first “café con piernas” experience.

This translates to coffee with legs and it’s a style of coffee shop very popular in Chile. They are normally located in business districts and it’s where you can go and order a coffee and a scantily clad lady will serve it to you.

Again, I’ll let the photos do the talking…