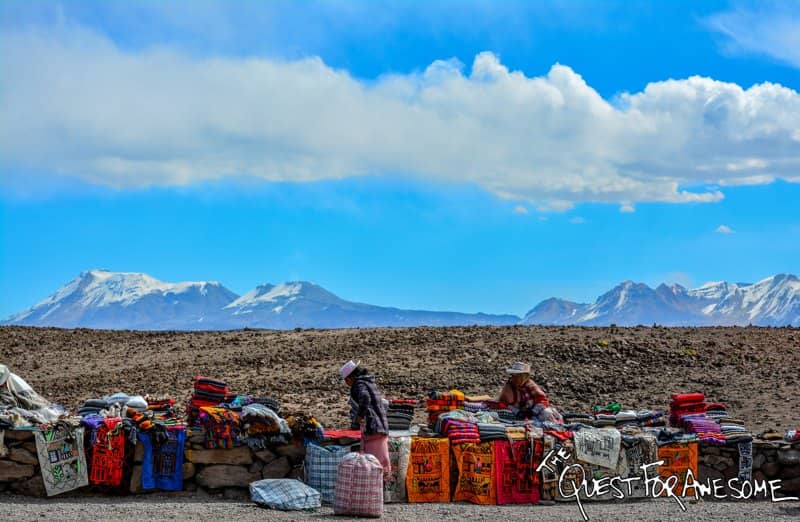 This is the final post in a 12-part series detailing my monthly highlights from a year long trip around the world. To start at the beginning: click here

And so we have arrived at the final month in my year-long journey around the world.

I have been putting off this post for a while because I feel like I’m saying goodbye and ending my journey all over again.

However, this is the last post in a 12-month series cataloging my highlights from my trip around the world. It feels accomplishing to finish going through my top highlights from each month and fleshing them out into blog posts with my favorite pictures from the trip to go with them.

It’s a bittersweet feeling as I sit down to write this post, but let’s get after it.

The final month of my trip was spent in Peru. I’d consider it a very reflective month; I’m sure most can relate to this feeling when your travels start to come to a close or you’re beginning a new transition in life.

I know I have experienced it before, however, since my trip had been so long, this reflective period stretched for an entire month. The trip was coming to an end and I’d soon be on a plane back to the USA to pick up where I left off.

Did I even want to pick up where I left off?

What does my life look like going forward after this?

I found myself wresting with questions like this throughout the month while also trying to enjoy what Peru had to offer.

I can’t express how awesome it was that my mom, dad and brother made it down to Peru to join me for a bit as my trip was coming to a close. It had been so long since I had seen a familiar face in person and it was awesome to get to share a part of my trip with them.

They met me in Lima and we caught up over Pisco Sours, ceviche and small walks around the city. One of my favorite highlights while we were in Lima was when we were on our way to lunch and my brother took some gum from a beggar.

He thought it was free; I’ll never forget the look of complete non-understanding (both from not being able to understand Spanish and thinking she was just handing out gum for free) displayed on his face as she started yelling at him in Spanish to pay her.

We flew to Cuzco from Lima and on our first day we took a walk to explore the town to try to get used to the high elevation and to look for lunch.

We stumbled on a restaurant called Jack’s and I had one of my favorite meals of the trip: a chicken stuffed avocado with their delicious ginger, honey and lemon tea. There was no tea bag, just chunks of ginger, slices of lemon and honey left to infuse the boiling water.

And of course we saw Machu Picchu…

Huacachina is the definition of an oasis. The entire town is compromised of a little pond  surrounded by restaurants, hostels and absolutely massive sand dunes.

My brother and I took a dune buggy and sand boarding tour and were in awe at how monstrous the dunes are (and how many times we managed to wipe out sand-boarding).

After Huacachina we headed back to Lima to finish off my family’s stay in Peru. We ended our time together similarly to the way we began it: relaxing.

We went to our favorite cafe and shared some pie, tres leches and tea before everyone headed off to the airport, while I stayed to finish up the month solo.

After I said goodbye I purchased a ticket back to Huacachina.

My plan was to do a tour around the south of Peru, taking some time in some cities I saw quickly with the family and exploring some places I didn’t have time for.

On my way back to Huacachina I met Dan on the bus. It just so happened that we were doing the same loop so we stuck together for the rest of the trip.

As we made our way to the top of Mount Chachani, we stopped to buy some snacks; Dan purchased a Snickers bar and proceeded to drop the most hilariously British sentence I have ever heard: “You Americans, you’re years ahead with your peanut based confectioneries.”

I nodded in approval at the compliment as we made our way higher and higher. We finally reached the top and started to unload the bikes, within minutes I was completely out of breath, my head felt like it was being squeezed in a vice and I felt sick.

“How high are we?” I inquired.

I was up higher than when I jumped out of a plane to skydive in Australia.

I focused all my energy on not vomiting and mounted my bike for the 3 hour, 28 mile downhill ride down to the bottom, with the still active Misti Volcano in the background, looking magnificent.

I survived without puking, however, I acquired a hilarious candy-cane sunburn from my elbow pads.

From Arequipa I took a tour out to Colca Canyon (which is more than twice as deep as the Grand Canyon).

As I traveled the world I constantly saw people defending their property. Many times just building a wall wasn’t enough so you’d see all sorts of creative ways to prevent people from hopping the walls.

In Europe, they created artsy looking spiked gates. In South Africa, they used razor wire and electric fences. In poorer regions you’d see broken bottles and pieces of glass cemented on top of the walls.

In Colca Canyon I saw my favorite defense of them all: the locals grew cactus on top of the wall. Nature’s barbed wire.

Colca Canyon is also home to El Cruz Del Condor, where I was able to snap some photos of the Andean condor, which can have wingspans up to 10.5 feet.

After Colca, I took a bus to Puno to see what Lake Titicaca had to offer.

I took a floating island tour and went to Uros where our group met the family who lived there and learned how they construct their floating islands. I also was able to try Totora, which is a reed plant high in calcium that they eat a lot of.

Afterwards, we traveled to Taquile Island where we ate a fantastic fish lunch in the town square and learned a bit about the Quetchwa culture and some words in their language.

Comisaraki means “how are you?” and Waliki means “I’m good.”

I fell in love with Cuzco when I visited with my family, so I decided I’d go back and spend the rest of my trip there before heading back to the US.

When I was in Cuzco for the first time, my brother and I stumbled on a bar called “Let’s Get Bananas,” where we met Caroline and Maren who worked there. I went back and met up with them again.

There was lots of drinking and good times had by all and I got to see this amazingness one night at the hostel I was staying at:

One of the nights at Pariwana (the hostel I was staying at) there was Karaoke and Dan and I rocked it hard.

I sang “El Muelle De San Blas,” which was a song we listened to in high school Spanish class to learn different verb conjugations and as a result, I basically have it memorized. The Peruvian employees of the hostel were quite impressed.

It was here I finally got some color into my wardrobe and bought my first clothes for the entire year.

Alas, the time finally came to say goodbye to everyone I had been traveling with and to my trip as a whole. We had a night full of beers and laughs before I caught a bus back to Lima to get on a plane to head back to the US.

Back To The USA After A Year On The Road!

I flew into San Francisco and made it my mission to come up with the best Facebook status I could think of for when I switched my phone off of airplane mode for the first time in a year. This was what I came up with:

As my flight crossed into US airspace from Mexico, 4 giant bald eagles spraying red, white and blue smoke swept in to guide the plane in.

As we started our decent I began to hear it, just a low murmur at first, but there was no mistaking what it was: “U-S-A, U-S-A…”

As we touched down, the chant had built to a point where everyone was pounding on their tables and screaming with all the privilege in the world, “U-S-A! U-S-A!…”

We landed and everyone cheered, high-fives in abundance.

Will Smith was the pilot and came on the speaker to proclaim: “welcome to America, bitches.” We taxied, the cabin doors opened and my ears were greeted with the pleasant sound of The Boss singing “Born in the USA.”

I made my way into the terminal and was welcomed with 2 shots of Jack Daniels and a handful of bacon for a chaser. I downed it all, lightly stroked the flag, kissed a baby and power walked my way to customs, racks of ribs flying overhead the entire time.

Stepping up to the customs agent, I realized I had been waiting a year for this moment, and my pants began to tighten in anticipation. The agent scanned my passport, looked up at me with a tear in their eye and stated: “Welcome home, Sir.”

It felt good to be back. My amazing friend Devin picked me up from the airport and presented me with the most American gift in the world.