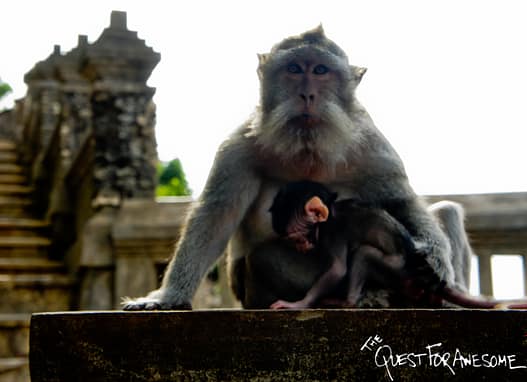 This is the third post in a 12-part series detailing my monthly highlights from a year long trip around the world. To start at the beginning: click here 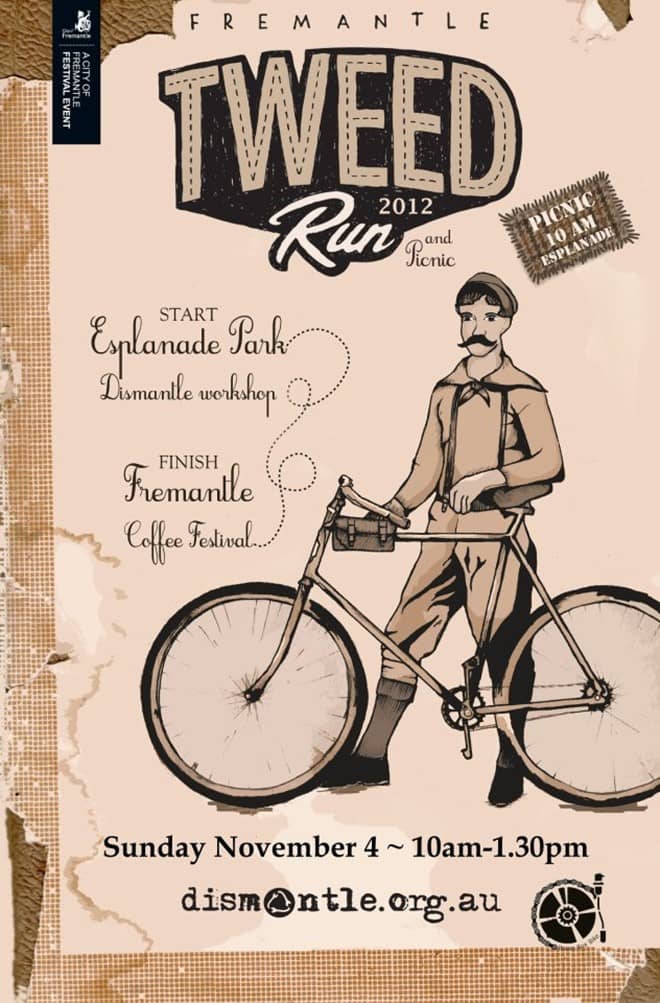 And what a celebration it was. Around 300 people dressed to the nines in their most proper tweed attire took to the streets of Fremantle, Western Australia for a 45 minute bike ride with the sole purpose to “bring happiness to the depths of your soul and remind you how great it is to be part of this magnificent, big wonderful circus called life!!”

The ride ended with an all age’s fun-festival in downtown Freo. As we enjoyed the festival, Steve spotted the signs for the spaghetti eating competition; it started in a few hours so he immediately went to work trying to convince me to do it. His arguments were logical and I was persuaded.

We called up our buddy Kobi “Drowning Dawg” Bauer—ranked 40th in the nation (as of this writing) in professional eating for some tips and advice. This is how I found myself on stage in front of hundreds of people, face-to-face with a giant plate of spaghetti, focusing on not exploding on the youngster in the crowd next to me. Out of all the free meals on my trip, this was the most painful.

I’ve never edited a video before, but I knew what made me groan about other people’s travel videos, so I tried to just not do that.

I’m a sucker for sinks

Singapore is where I met Vanessa. She was officially my first couchsurfing.org couch-surfing experience and owner of the most original sink I encountered on my trip.

A hot-pot consists of a simmering pot of broth, in our case we had a normal side and an extra spicy side. You then choose from a large selection of meats, seafood, vegetables, dumplings and noodles from a buffet. You bring items back to the hot-pot where you drop them in to let them cook to your liking.

Century eggs were different. Vanessa refused to tell me how they are made until after I tried them. Good call. Traditional creation of Century Eggs comes from preserving an egg in a clay mixture (often containing animal dung) for several weeks to months until the yolk becomes a creamy consistency and is grey/green and the white becomes jelly like and brownish. Definitely the weirdest thing I ate on the trip. They were okay…

It is illegal to buy chewing gum and you can be heavily fined if caught spitting on the ground. I remember filling out my disembarkation card as I arrived into the country and on the bottom in capital, bolded red letters it read: “WARNING DEATH TO DRUG TRAFFICKERS UNDER SINGAPORE LAW.” Driving is also expensive, as the government uses regulations to discourage driving and encourage bikes and public transport.

Before you can even buy a car you have to buy a certificate of entitlement, which changes based on your car and the horsepower. For example, Vanessa’s dad’s BMW had a certificate costing around $80,000. The government uses the certificate as a way to regulate vehicles by raising or dropping the price.

And it doesn’t stop there. The government sets up electronic toll roads and you must buy the cashcard reader for your car. Toll roads litter the expressways and arterial roads with heavy traffic to discourage use during peak hours and as a way to lower traffic usage.

Further, it is illegal to have a car in Singapore over 10 years old, unless you do major engine re-hauls.

I found it all fascinating, but what I really noticed was how clean the country was, everywhere.

I Made the Front Page!

My favorite website is reddit.com. Reddit is a news and entertainment website where registered users submit content in the form of either a link or a text post. Other users then vote the submission “up” or “down”, which is used to rank the post and determine its position on the site’s front page. The more popular the content, the higher it gets ranked. I posted my top photos from New Zealand and it made the front page.

Content entries are organized by areas of interest called “subreddits” so for example, I submitted the New Zealand photos to the “Travel” subreddit. As of this writing my New Zealand post is ranked 24th in the top Travel posts of all time.

It’s the greatest example of organized chaos I have ever seen. There are no rules on the Balinese roads, just one guideline—use your horn. It’s common to see people driving the wrong way on packed one-way roads, using busy oncoming traffic lanes to pass, running red lights, fitting a family of 5 with no helmets on a 2 person motor-scooter, children driving scooters, etc. Yet, I only saw one accident in the 2 weeks I was traveling there and it was a one-person accident involving the guy I was traveling with wrecking his scooter.

I feel like the chaos is what made it so seemingly safe. Nobody knows what anyone else is going to do at any given time, so everyone is always paying attention. A full day of Balinese driving is exhausting, but few things are as exhilarating.

Watching Fan Get Soaked at the Nusa Dua Blow Hole

It’s hard to see but there’s a person standing on the dock in the 4 pictures below. You can see him in the first two, but not in the second two. The fifth photo is what Fan saw with his Go-Pro…

While I was in Bali, the majority of the time was spent couch-surfing with a local named Andryan. Andryan had another couch-surfer from France at the same time I was there, his name is Fan. Andryan was super busy with veterinarian school so Fan and I did a majority of our exploring on our own. However, one day, Andryan’s neighbor Juni was free and wanted to show us around. We went south and ended the day at Uluwatu Temple.

You can walk along the cliff edge to a bluff and get stunning views of the ocean and temple. Catching the sunset is a must, but watch out for the damn monkeys as they steal anything they can. There are locals who sell food if a monkey takes your stuff, unfortunately, there were none around when a monkey stole my sunglasses, so I watched him break and chew them up.

While I was in Bali I rented a motor-scooter for 2 weeks. In order to drive in Indonesia you need to have an international driver’s license, which costs about $30 USD. It takes about a week to process, so I decided to risk it. Talking to my host, Andryan, he explained to just bribe the cop (no more than $5 USD) if I was pulled over and I’d be fine. I did the math and thought about how often I’ve been pulled over in the US; conclusion: the risk was worth it.

Fast forward to my 3rd day with the scooter; Fan and I were taking a trip up the eastern side of the island. We took a U-turn style exit to merge onto a different highway and ran into something I’ve never seen before. There were hundreds of police officers on both sides of the highway flagging down and stopping anyone committing an offense. Indonesian police flagged Fan and I down, so we pulled over, confused about what we could have done wrong.

It became clear they only pulled us over because they could tell I was a foreigner and quickly asked for my international license. I played dumb, they threatened jail, I played dumb some more. They weren’t having it. Was I really about to try to bribe my way out of it? Duh. I had 300,000 rupiah (30 USD) in my wallet and tried to sneak out 50,000 (5 USD) without the cop seeing the rest of my money. No dice. He sternly asked for 200,000 and I paid it. We hopped back on our scooters and continued on our way, but since we got stopped at the beginning of the bribe-fest there were still hundreds of cops trying to wave me in. Nope, I already paid and I wasn’t going to stop and try to explain it with the language barrier. I expected to hear sirens as I was literally swerving out-of-the-way of cops trying to stop me. The sirens never came.

Cops tried to pull me over at least 4 more times while I was on the island; I never stopped and just pretended like they were crazy. It worked like a charm, although I always made sure I had a 50,000 rupiah note in my pocket so I didn’t make the mistake of showing all my money in my wallet if I got pulled over again.

“A Wet Man Does Not Fear the Rain”

One afternoon after a day of exploring, Fan and I decided to head back home and I felt the beginning of an island rain. Ugh, we were an hour away and on scooters—not convenient. I wasn’t happy. I waterproofed my electronics and travel documents the best I could and hoped the rain would only be a drizzle.

Rain soaked me to the bone after ten minutes; I was bitter. 10 minutes more and I was soaked to the bone and stoked. The rain was warm and felt great as I whizzed through rainforest lined roads, cars passed and splashed me, and I accelerated through puddles. Little kid status achieved.